The Award is a leading structured (non-formal education) youth development program, empowering youth aged 14-24 to explore their full potential and find their purpose, passion and place in the world, regardless of their location or circumstance. The Award is a fully inclusive program and has no social, political, or religious affiliations.

The Duke of Edinburgh’s International Award Foundation oversees the Award Programme in over 130 countries and territories globally, with 18 countries in Africa. The Programme currently has over 1 million active participants globally with about three hundred thousand of the total participants based on the African Continent.

To reach more young people from diverse backgrounds and equip them as individuals to succeed in life.

Our mission, with the assistance of adult volunteer leaders, is to empower young people between the ages of 14 and 24, by providing a balanced, non-competitive framework for self-development that will increase their self-esteem and enhance their capacity to achieve in whatever context they find themselves: enabling them to become responsible active citizens within their communities.

Every eligible young person in South Africa will have the opportunity to participate in the Award.

Founding of The Duke of Edinburgh’s International Award

The Duke of Edinburgh’s International Award was founded in 1956 by HRH Prince Philip, Kurt Hahn, a German educationalist, and Lord Hunt, leader of the first successful ascent of Everest. The idea was born in response to their concerns about the development of boys post World War II, due to the gap between leaving school at 15 and entering National Service at 18.

Founding of The Duke of Edinburgh’s International Award

The Duke of Edinburgh’s International Award was founded in 1956 by HRH Prince Philip, Kurt Hahn, a German educationalist, and Lord Hunt, leader of the first successful ascent of Everest. The idea was born in response to their concerns about the development of boys post World War II, due to the gap between leaving school at 15 and entering National Service at 18.

Evolution of the Award

Although initially only available to boys aged between 14 and 18, there was great demand for a similar scheme for girls, and this was launched in September 1958.

Evolution of the Award

Although initially only available to boys aged between 14 and 18, there was great demand for a similar scheme for girls, and this was launched in September 1958.

In 1980, the upper age limit was extended to 25 and the Award took on its current four-Section format of: Service, Adventurous Journey, Skills and Physical Recreation.

In 1980, the upper age limit was extended to 25 and the Award took on its current four-Section format of: Service, Adventurous Journey, Skills and Physical Recreation.

Founding of The Gold Shield Award in South Africa

In 1983 was introduced in South Africa under the banner of the Gold Shield Award, with Dr Ian Player as the first Chairman.

Founding of The Gold Shield Award in South Africa

In 1983 was introduced in South Africa under the banner of the Gold Shield Award, with Dr Ian Player as the first Chairman.

Rebrand to The President’s Award for Youth Empowerment

In 1994 it was re-launched as The President’s Award for Youth Empowerment, with Mr Nelson Mandela as the Founding Patron-in-Chief.

Rebrand to The President’s Award for Youth Empowerment

In 1994 it was re-launched as The President’s Award for Youth Empowerment, with Mr Nelson Mandela as the Founding Patron-in-Chief. 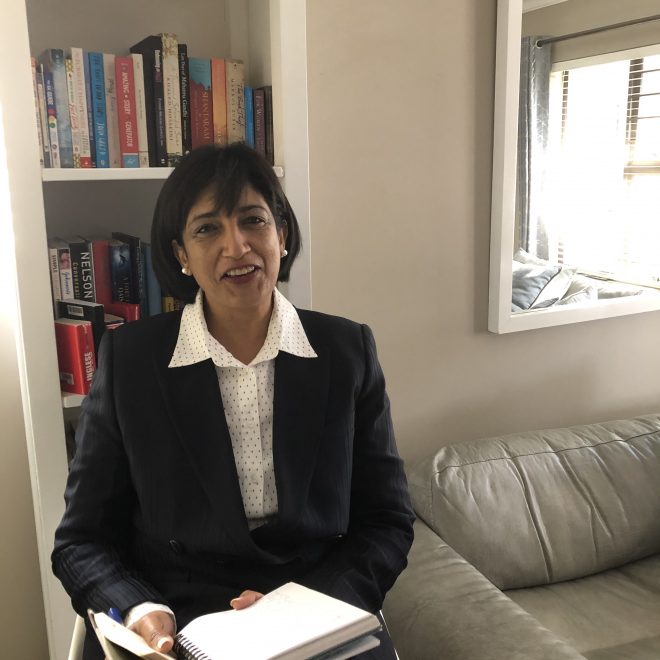 Adele Latchman was born and raised in Lenasia Johannesburg, where she lived and schooled until 1999. She decided to relocate to Cape Town and spend 18 years in the fairest Cape working with Nedbank. She holds a Post-Graduate diploma in Strategic Social Engagement practice. She registered to do a Master’s in child & Family studies through UWC.

During her 15-year career at the Bank, she was hand-picked together with five other candidates to start up the first Call Centre in the Country for Nedbank with EDS, and international Contact Centre specialist company.

After successfully launching the call centre, she was once again sought after and tasked to set up regional offices that would mark the start of the Old Mutual/People’s Bank alliance. With much success being achieved, the next task progressed to kicking off the Peoples Bank/Joshua Doore Alliance.

Her appetite for new challenges was met when she was approached to head up the Western Cape region in the Media Monitoring and Analysis for Monitoring SA. After 3 years of Media Monitoring and Analysis, she was head-hunted to manage the Shoprite Woman’s of the year award. It was then that her interest in the corporate social investment arena was born and her move from the corporate world to a career in the NGO sector unfolded.

Her career in fundraising spiralled at Catholic Welfare and Development, where she spear headed fundraising for their WARMTH project. Her curiosity to understand why corporates did not fund faith-based organisations grew and she soon found herself back in the corporate world managing the CSI portfolio and subsequently the Trust for the Sanlam Group. She represented Sanlam as part of a government delegation to Ireland together with Dell/Intel and EMC. She was also invited to attend the Prague Summer school where she received a certificate for her participation in the future of school’s project.

She left Cape Town as she yearned to return to Johannesburg in 2016 in pursuit of developing and engaging further in the CSI field. After joining Partners for Possibility as the Regional Manager working closely with school principals, and being a school headmasters daughter, her passion in the education sector surfaced, and her move to PROTEC (an NGO focusing on STEM careers), saw her managing the PROTEC/TELKOM Project, the largest of the PROTEC projects for a period of three years.

Based on the varying positions she held over the years, she has acquired a diverse range of experience within several business sectors and industries.

Motivated by her passion to succeed in the social environment space, together with her commitment to making a difference in society, she has registered a company called A New Tomorrow whereby she offers her services as a consultant in the social sustainability environment and is willing to assist in driving social change in the country.

She is a firm believer in working hard and being passionate in all that she does and themes her life on a famous quote by Mother Theresa, “It’s not about how much you do, but how much love you put into what you do that counts” Palesa has substantial project and management experience within the community development sector specializing in youth development. She has credible experience in personnel management and has practiced Project Management for over 14 years. She has been involved in curriculum development and various research, monitoring and evaluation projects.
Her educational background includes a Diploma in Advanced Information Technology, an International Computer Driving Licence (ICDL) and two Project Management qualifications. She is currently studying towards a Social Work Degree.
She started her career in Youth Development in 2002 at HOPE worldwide which later became OLIVE LEAF Foundation as a Coordinator, in 2005 was promoted to be the National Coordinator for Youth Programmes supporting approximately 50 staff members in four Provinces. In 2008, she was promoted to become the Assistant National Manager supporting staff in five Provinces and four other African Countries. Due to restructuring, this role evolved to become a Technical Officer.
In 2011, she was offered the opportunity to join The President’s Award for Youth Empowerment as Programme Manager for Gauteng, Limpopo, Mpumalanga and North West Provinces providing guidance to over 300 volunteers. In 2018, she was promoted to become the Head of Development and is responsible for Stakeholder Management, Research and Evaluation.
“It is an honour to be working for such a dynamic international organisation that empowers the youth from all walks of life regardless of race or social class. I am blown away by the impact the Award has in the lives of young people; each has a unique story of how they have grown. I am also inspired by their commitment to serve their communities and uplift other young people in their towns and villages!” 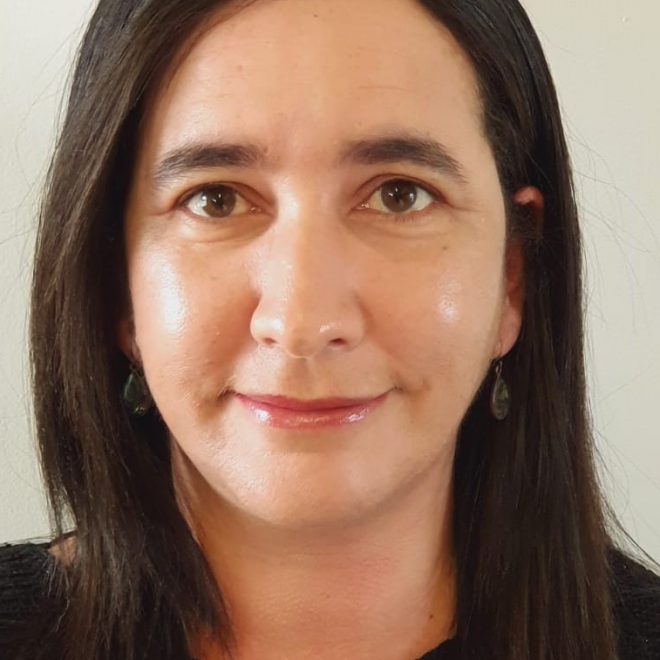 Mandy joined the Award in June 2012 in order to assist the Western Cape Office with administrative and event management responsibilities. She has event management experience and that is clearly displayed in how she contributes to the Western Cape Office. “To be part of a team that inspires our youth to become better human beings makes me a better person too.” Mandy can be reached on mls@presidentsaward.co.za. 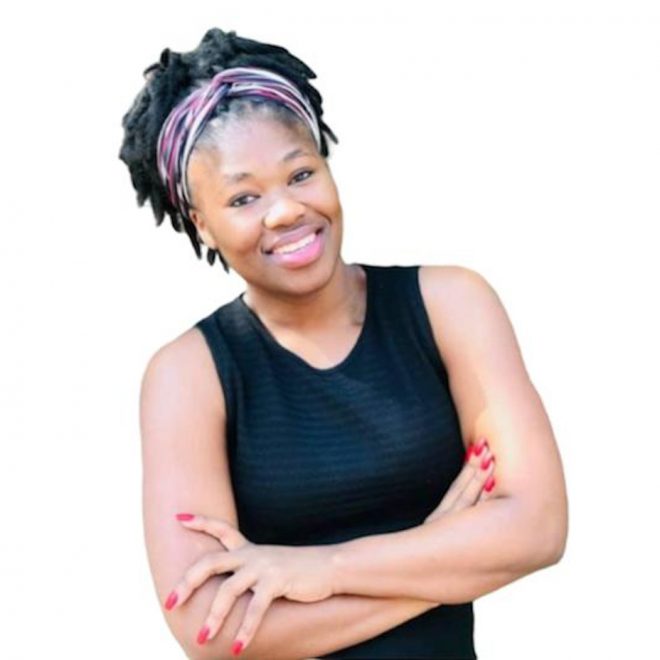 Busi joined The President’s Award in September 2018 bringing along extensive experience in Youth Development. Busi is a Social Worker by Profession and has loads of energy and her passion is in psychosocial support for Youth at Risk. She is committed to taking the Gauteng region to greater heights. Busi can be reached on bm@presidentsaward.co.za. 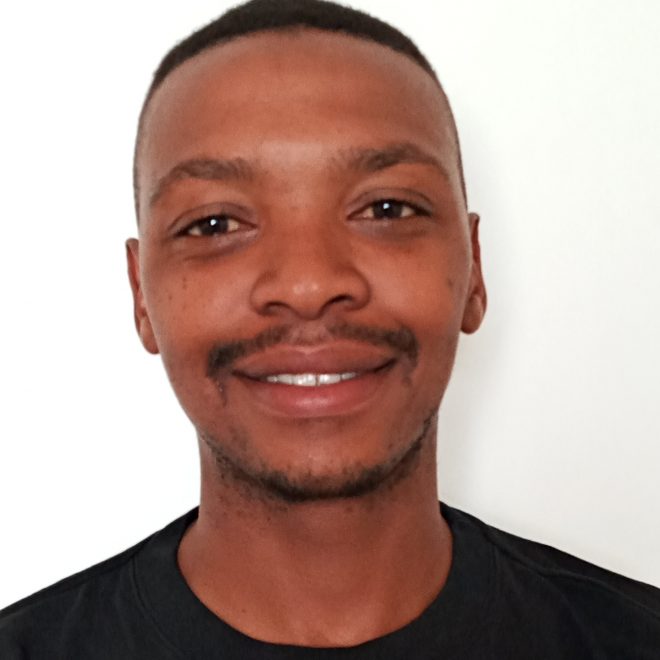 Qhama is a Gold Award Holder and has been part of the team since November 2019 as Programme Coordinator servicing the Eastern Cape region. Qhama can be reached on qd@presidentsaward.co.za. 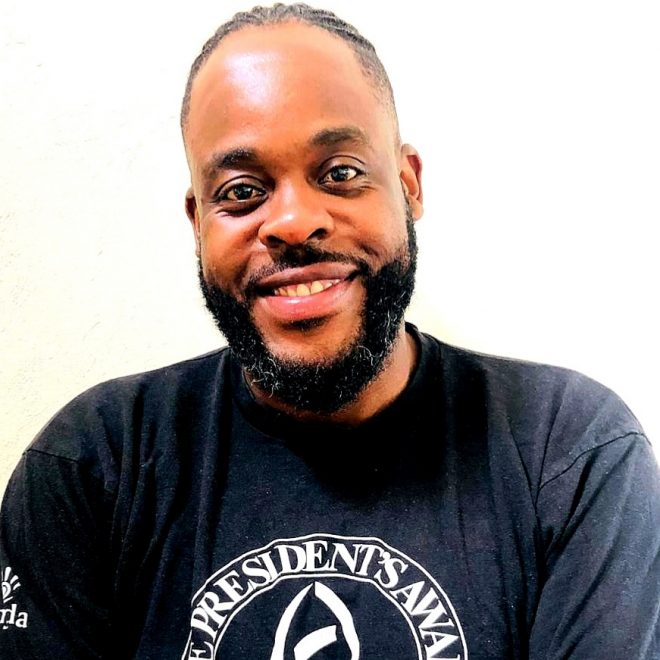 Alfred comes from a teaching background and has been involved a lot with sports development in schools. “It’s an honour to be part of a prestigious Award such as The President’s Award”. Alfred can be reached on ap@presidentsaward.co.za 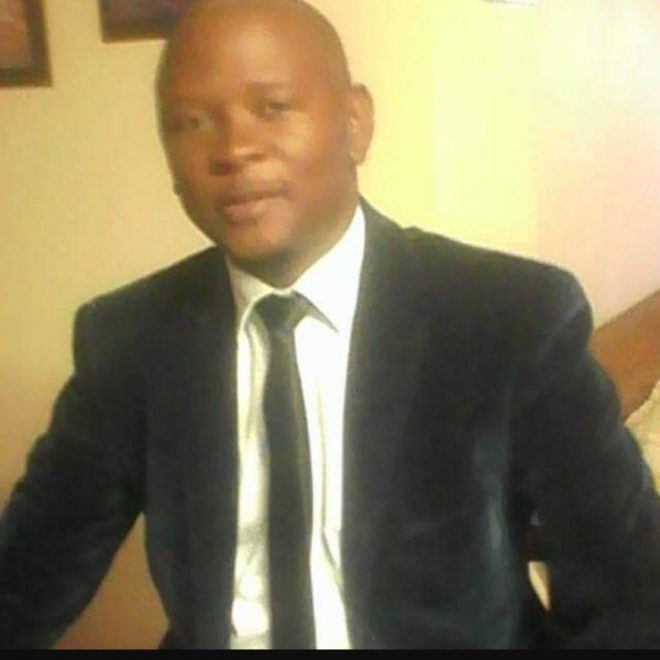 Mduduzi joined The President’s Award in September 2018, having previously worked for the Tiger Titans Cricket Club in the Eastern Cape. He is now responsible for managing Award implementation in KwaZulu-Natal. Mduduzi can be reached on mm@presidentsaward.co.za 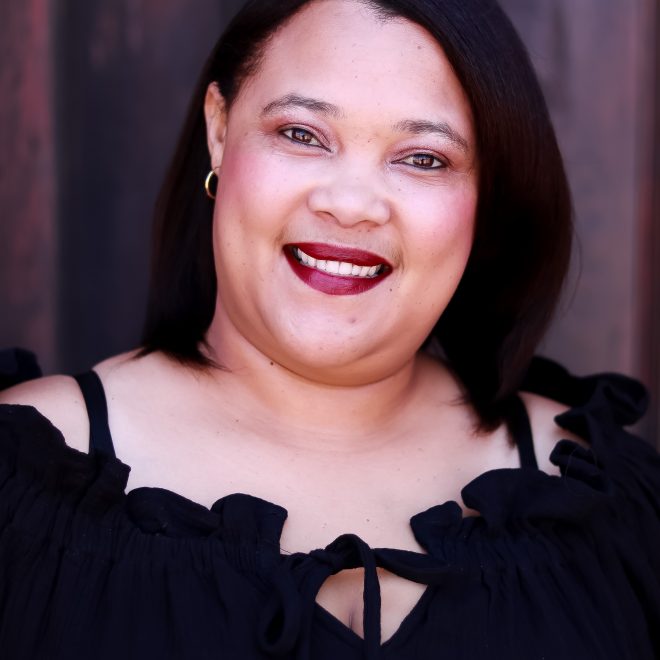 Shani joined the Award family in March 2007 and is the Administrator for KwaZulu-Natal. Having completed a secretarial course and worked for a local estate agent, Shani contributes positively to our administrative needs within the organisation. “It is a great experience being part of a team of good people, who are doing good work, to make sure that our youth are equipped to meet the challenges facing them.” Shani can be reached on sos@presidentsaward.co.za 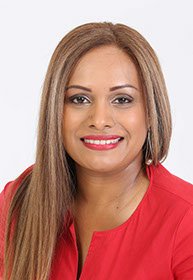 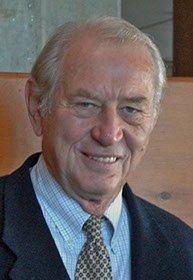 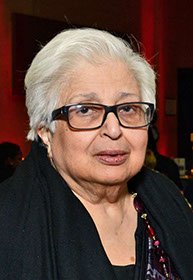 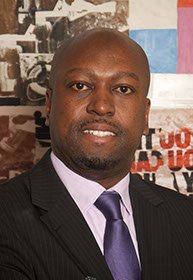 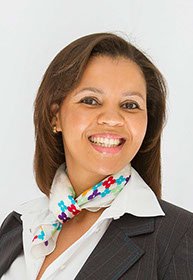 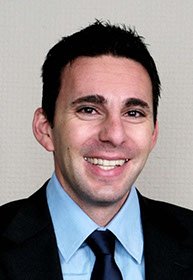 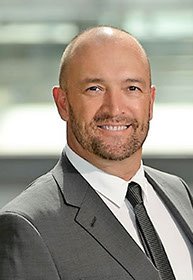 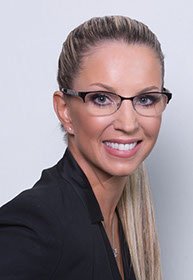 I am humbled by and honoured to work alongside a group of dedicated Trustees, an exceptional and innovative leadership and operations team and a passionate volunteer network of teachers, parents and community leaders who have joined forces with us to serve our young people in South Africa.

• Trustees are responsible for leadership and good governance of The President’s Award.

The Trustees meet once a quarter and consider financial and narrative reports presented to them by the CEO.  An Annual General Meeting is held in November each year.

How to get involved

I WANT TO ENROL

I WANT TO DONATE

has been added to the cart. View Cart

For more than 35 years, The President’s Award has been making sure that young people develop a lifestyle that gives them the valuable life skills required to pursue their ambitions . We aim to make this opportunity available to every single young person in South Africa.

This can only happen with your help!